Our boys from fifth class were invited to participate in a Go-Games blitz at St. Eunan’s college in Letterkenny. The transition year students organised it as part of their ‘Future Leaders’ module in TY. It was extremely well run and the boys had a fantastic day out with lots of opportunities to display and develop their skills. Caelum Clarke takes up the story……

We stepped out of the bus and we were very excited! We went to the basketball court and waited for the other schools to arrive. Then we met our coach Aaron Bonner.

We headed to the pitch and got ready for our first game. When the whistle went we scored point after point. We won it without breaking sweat. Then for our second game it started pouring rain. It was tight at the start and they beat us by only two points. The third game was tight but they started to tire near the end and we won. The fourth game was so close but sadly they won. In the fifth game, they didn’t have a proper goalkeeper so any chance we got we went for goal.

That put us into the division two final. It wasn’t really all that hard. We were playing our A-game and we destroyed them. The final score was 4-8 to 2-1. That meant we had just won the second division and we got a trophy.

The players on the team were Jack O’Donnell, Ronan Ward, Caelum Clarke, Jack Brennan, Luke Elliott, James McCabe, Eamon Sampson, Shay Kelly, Jamie Gorman, Shay Magee and Charlie Patton. I would like to say a very big thanks to everyone who organised the competition and to the teachers and bus driver who brought us. 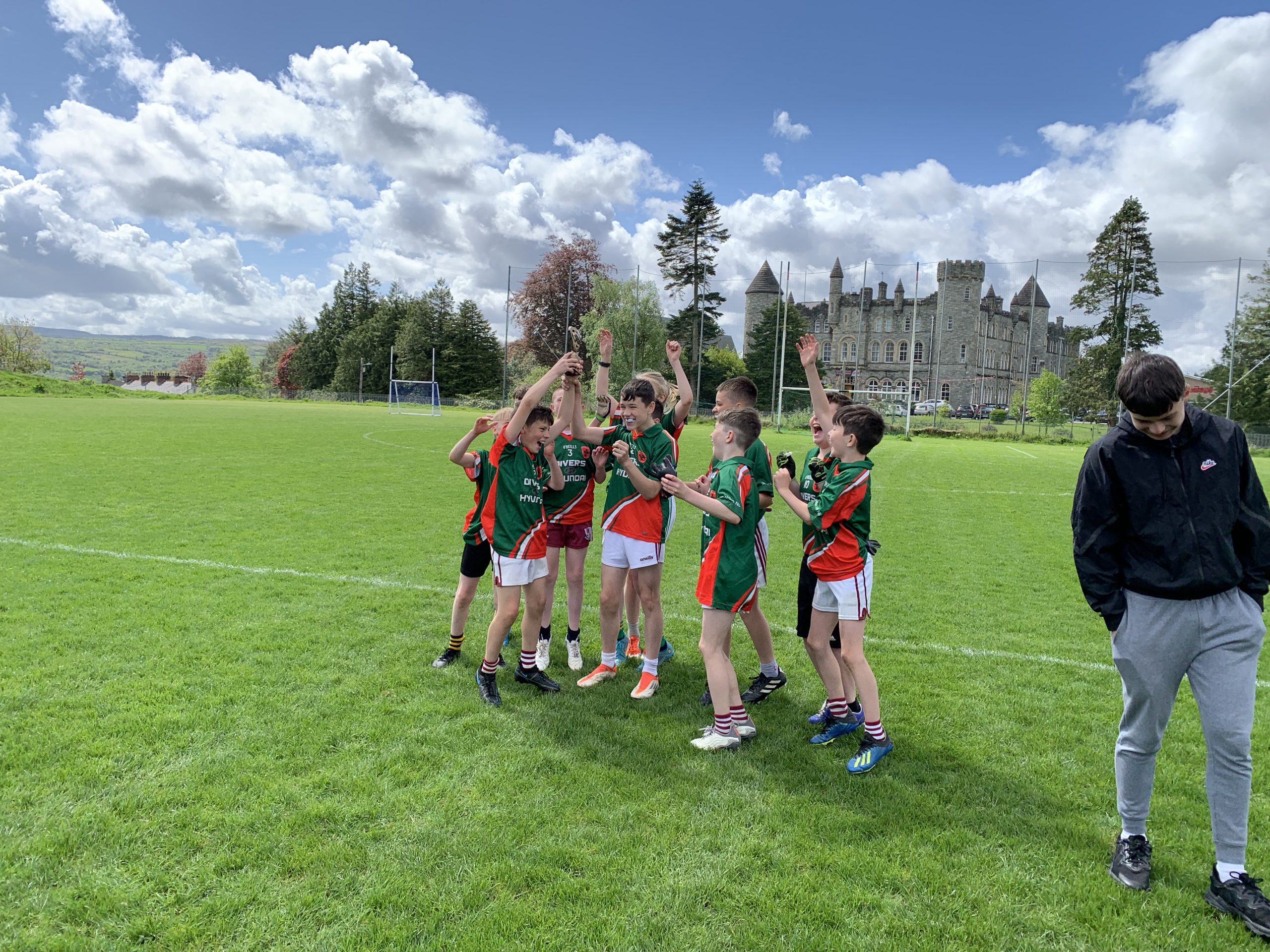